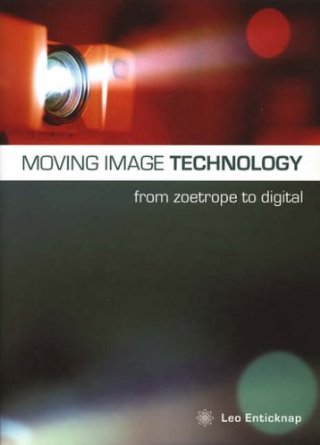 Having trouble opening this file?

This book was researched and written between 2001 and 2004, and published in September 2005.  I was motivated to write it essentially by an experience that took place in 1999.  I read an article by Laura Mulvey in that May’s issue of Sight and Sound about Warner Brothers, the invention of movie sound technology and the production of The Jazz Singer.  In essence, Mulvey’s article implicitly claimed that Sam Warner was the main instigator in turning synchronized sound with moving images into a commercial reality, and dragging the rest of global cinema with him into the talkie era.

I was immediately struck by the extent to and lack of critical reflection with which Mulvey’s account swallowed the mythologizing that had been generated by the Warners’ PR machine in the 1920s and perpetuated uncritically ever since, from sources ranging from the film industry itself (e.g. in movies such as Hollywood Cavalcade and Singin’ in the Rain) to introductory textbooks published relatively recently.  I was especially surprised, given the stature and reputation of the article’s author: Mulvey had, and still has, a reputation as a towering figure in the discipline, and is probably one of the most widely cited academics in the humanities.

The truth of the matter is rather different, as anyone who is prepared even to scratch the surface of primary source material, or take a look at journals and textbooks aimed more at technicians working in the industry than at students and academics in the humanities departments of universities will quickly establish.  The audio system championed by Sam Warner was one of three principal sound technology packages that were marketed to Hollywood in the mid-1920s, the others being De Forest Phonofilm and its ultimately more successful derivative, Fox Movietone, and RCA Photophone.  Of those three systems, Vitaphone was the most technologically primitive, the most expensive, the most inflexible, the least reliable and therefore the shortest lived in mainstream use.  And it wasn’t even the first to have been demonstrated successfully!  To claim that Vitaphone ushered in the talkie is analogous to claiming that the Zeppelin (introduced for transatlantic passenger use at around the same time as movie sound) ushered in the era of affordable, long-haul passenger air travel: in both cases, the elaborately orchestrated and highly publicized claims that it would so do simply weren’t realized, because the technology wasn’t up to the job.

I wrote a letter to the Sight and Sound editor pointing all of this out (see vol. 9, no. 6, June 1999, p. 64).  The response to it was astonishing.  In private letters and emails I received in the weeks that followed, I was accused of being an anti-semite (in questioning whether Sam Warner’s initiative was actually as successful as Mulvey claimed, and arguing that the economic and technological significance of The Jazz Singer – a film that celebrates the Jewish culture and religion – has been overstated), a misogynist (for criticizing the work of a prominent feminist in print), told that I would never find work in academia and much else besides.  I probably would have elicited a less hostile response if, at around the same time, I’d written to the editor of The Guardian calling for Nelson Mandela’s public execution!

That experience taught me two essential lessons.  The first is that humanities scholarship that deals primarily with theory and criticism has a big problem with objective, empirical and/or evidential research methods.  Questions such as “what happened, when and why?” are regarded by many cultural and critical theorists, and those who apply theoretical models indiscriminately, as too simple and fundamentally unworthy of serious attention.  The second is that for some reason, scholars in this line of work feel that they have to engage with science and/or technology, their history, evolution and impact on society (or else Mulvey would never have felt the need to write about the invention of movie sound in the first place).  As demonstrated by the Sokal Hoax, I suspect the essential reason to be a fear of discovering that what happens/ed in the real world contradicts their essentially faith-based ideological beliefs, and they respond to that fear by trying to find ways to deny plausibly what looking at the real world will show them.  However, when cultural theorists and critics do address the issue of media technologies, they do so as a general rule without a professional background in the use or development of them, or the willingness to use “hands off” research methods that are best suited to helping them to understand those technologies: in other words, they do so from a position of profound weakness.

As a result of this episode I formed the belief that a monograph-scale work was needed that offered an integrated, “what happened, when and why?” account of the evolution and development of the technologies used to record, distribute and reproduce “moving” images and the audio recordings that are sometimes (and in the case of Vitaphone, often inaccurately) synchronized with them.  Crucially, it had to be one that made the case that technology matters, that ordinary, plain vanilla history and historiography offers the best way to understand how that technology influenced the movies that were made and shown using it, and it had to explain why that influence is significant.  Moving Image Technology: From Zoetrope to Digital is my attempt to provide it.

A brief introduction outlines the objectives and rationale of the book, largely as explained above.

The opening chapter addresses the invention, development and mainstream use of the physical recording medium which dominated the moving image throughout the first century of its widespread existence.  It begins by identifying the process that identified the need for a flexible, transparent solid with a high tensile strength in order to carry multiple photographic images that could be recorded and reproduced at the speed (frame rate) necessary to convince the human brain that it is seeing a single, moving image.  The evolution of film bases and monochrome emulsions during the twentieth century is then covered, emphasising the industrial and cultural changes caused by the industry’s abandoning of nitrocellulose base in favor of cellulose triacetate in the early 1950s.

This chapter covers the evolution of the motion picture film camera, and of the various different ways that were invented of recording moving images on film.  Its essential argument is that the drive to standardization that can be seen in the development of these two technologies – what Donald J. Bell (as in Bell & Howell) called his “fondest hope for the industry” – was the crucial innovation that permitted the moving image to become a mass-medium.

Facts About Film, a sponsored film made in 1948 to promote the 16mm format for non-theatrical exhibition. “These days, anyone can operate a sound projector,” announces the commentator (“even women,” being the unspoken subtext!).

Chapter 4 divides the technologies that have existed for recording color information on film into two categories: “artificial” color, which is not recorded at the point of initial photography (e.g. stencil coloring and tinting), and photographic color, which is.  It offers an explanation as to why the former is almost exclusively associated with the silent era (with the infamous exception of the television industry’s infamous “colorization” experiments in the 1970s and ’80s) and the latter with the talkies.  It then walks the reader through the different types of photographic color film processes – additive, subtractive, negative-positive, reversal, substantive and non-substantive – and the circumstances of their invention, development and use.

Chapter 4 also takes a categorization approach to its topic.  As with color, the “silent” period (not actually silent at all, as, with the exception of The Passion of Joan of Arc, there never were any movies that were intended for theatrical viewing in complete silence) had its own unique set of audio technologies: acoustic recording, usually post-synchronized to a pre-existing movie.  Electrical amplification was the essential development that made the “talkie” possible, one that was exploited in four, roughly simultaneous attempts to integrate the technologies of the moving image and recorded sound during the mid-1920s.  In conclusion, this chapter outlines the growing sophistication and flexibility with which audio could be recorded, edited and replayed in the theatre and the home during the second half of the twentieth century.

If serious writing on the history of moving image technologies was relatively thin on the ground, research on the history of cinema projection was virtually non-existent.  This chapter describes its evolution, from the hand-cranked, chemically illuminated projectors of the 1890s to the automated multiplex of the 1980s.  It argues that as the social and economic environment in which cinema exhibition operated changed, so the technology had to evolve with it, noting that the transition from nitrate to safety stock (discussed in chapter 1) had a far greater impact at the exhibition end than on production and post-production.

The book until this point concentrated almost exclusively on technologies that used film as the image carrier.  Chapter 6 charts the process through which television grew from an experimental offshoot of radio broadcasting in the 1920s to the world’s dominant moving image medium by the mid-1960s.  The videotape, initially demonstrated in the mid-1950s, a mainstream industrial technology by a decade later and marketed directly to consumers from the mid-1970s, was the medium that would eventually supersede film as the primary means with which we record and reproduce moving images, and hold that position until optical discs and digital files usurped it at the close of the twentieth century.

This chapter makes the point that recording media which are claimed by their vendors to be “permanent” have a tendency to be, in reality, anything but.  It discusses the techologies and techniques with which archivists have tried to prevent moving images originated on film and magnetic tape from being lost or damaged.  These include copying to preserve, “passive conservation” (i.e. the storage of physical media in atmospheric conditions designed to inhibit their chemical decomposition) and film restoration (in essence, attempts to undo loss or damage).

Writing these chapter abstracts in 2014, almost a decade after the manuscript was completed, it is painfully obvious that most of the “new” described in this chapter is now effectively ancient history!  It was written at a time when the digital moving image had become widespread in tape-based, standard definition systems, but for film equivalent quality imaging, was still essentially science fiction.  This caveat aside, its central argument has largely been vindicated by the intervening decade, namely that digital movies would deliver a quality, versatility and cost reduction in motion imaging that would profoundly change its role in society, but that preserving digital moving images in the long term would prove to be a major headache.

The first appendix provides a chronological outline of the development of moving image technologies from 1671 to 2004.

The second appendix is intended as a “jargon translator” for readers who do not come from a technical background, offering explanations and enlargements of the subject-specific terminology used in the main text.

Please feel free to comment on this page below, or to contact me if you have any comments or queries. This main text of this page was initially written on February 5, 2014, and last updated on February 14, 2014.