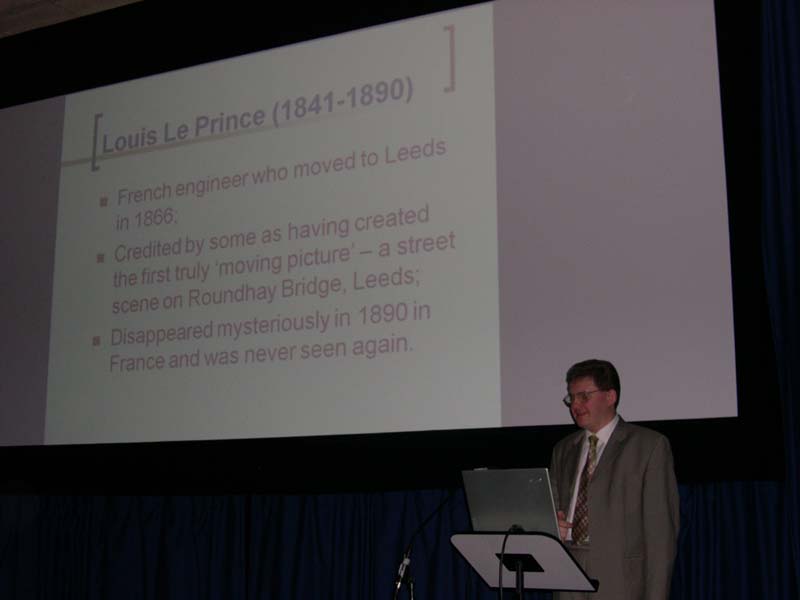 Leo Enticknap was an historical researcher, educator and archivist specializing in audiovisual media.  He was born and raised in Wimbledon, Greater London, United Kingdom. Enticknap was educated at the universities of Exeter (BA, 1992-95 and PhD, 1996-99) and East Anglia (MA, 1995-96). His early consisted of two parallel strands: technical and curatorial work in moving image preservation and presentation, and teaching and research in higher education. Enticknap worked as a cinema projectionist and technician throughout most of the 1990s (alongside his studies for a significant proportion of that time), and was curator of the Northern Region Film and Television Archive (which has since been renamed the North East Film Archive) from 2001-06.

From 2006-13 Enticknap was a lecturer in the Institute of Communications Studies (ICS) at the University of Leeds.  While there, he served as Director of Learning and Teaching, leading a complete overhaul of the undergraduate taught provision.  He also designed, oversaw the installation of and managed the Phil Taylor Cinema, one of very few screening facilities in a UK university that is equipped for the full range of both film and digital formats.

Enticknap’s two monographs, Moving Image Technology: From Zoetrope to Digital and Film Restoration: The Culture and Science of Audiovisual Heritage, have established themselves as standard texts on postgraduate film archiving education programs worldwide.  In addition, he produced 18 peer-reviewed articles and chapters and 39 conference presentations between 2000 and 2013, as well as numerous periodical articles and DVD sleeve notes written for a more general audience, and several “subject expert” media appearances, a selection of which can be found on this site.  He was also a member of the board of directors of the Association of Moving Image Archivists from 2008-12.

Enticknap left the University of Leeds in 2013, and emigrated to the United States to join his American wife.  He is now a US Citizen, lives in Loma Linda, CA, and, thankful to escape the extreme leftist politics of academia, has returned to cinema projection, working for Moving Image Technologies as an installation and service technician for digital cinema installations.

On the other pages of this site you can read more about my research, teaching, archival and consultancy work, and download some of my publications and other outputs.  Please feel free to contribute comments to the blog sections, or to contact me if you have any questions.